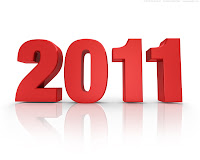 Honorable mention: Family Fang by Kevin Wilson; and To Be Sung Under Water, by Tom McNeal, reviewed here.

Other 2011 novels I enjoyed: Blood Clay by Valerie Nieman; The Sense of an Ending, by Julian Barnes; One Hundred and One Nights, by Benjamin Buchholz; and Whale Man, by Alan Michael Parker, which I reviewed here.

Thank you Cliff! Wow. I know you read a lot of short story collections, so this is SWEET!!!! Hope you will review the book!

Loved the categories, especially 'Best liberal Book.' And thank you for citing Catcher, Caught. I'd love your take on Mattaponi Queen by Belle Boggs, particularly with your interest in short stories.

Should have had a general nonfiction category, too. Haven't read Belle's book, but I just ordered it so . . . eventually.