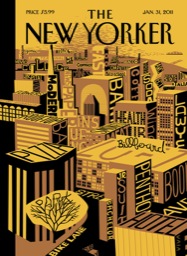 Like many Alice Munro stories, this one covers a long period of time—fifty years. Her stories are somewhat unusual that way. The basic plot is straightforward: Fifty years ago, Grace and Avie were farm girls at the university. Grace dated Royce, a veteran. Avie dated Hugo. Grace remained a virgin while Avie and Hugo seemed to have a series of pregnancy scares until finally one of them was real and they planned to get married. In the meantime, Royce went to visit Grace and her family in the summer between school years and they plan to have sex while the overbearing mother is away for the day. But they get caught, Royce is no longer welcome, and he never has contact with Grace again. Fifty years go by and Royce runs into Avie on a train. She’s had a good life and a bunch of kids, although Hugo is now dead. Royce reveals that the day he took the bus up to see Grace he glimpsed Avie in her town and he’d been tempted to get off the bus to see her. He asks if Avie would have agreed to see him and she says yes without hesitation, despite the complications it would have created. So far it’s just a nice little story about these two elderly people bumping into each other on a train. But then . . .
Royce, who is a geologist, points out a formation they pass on the train: the Frontenac Axis. Unlike the neat slabs of limestone that are the surrounding countryside, the Axis “is nothing less than an eruption of the vast and crazy old Canadian Shield, all the ancient combustion cutting through the limestone, pouring over, messing up those giant steps.” And then he advises her to watch for it if she passes that way again.
Surely this is significant for Munro, especially given the title. I suspect that Royce himself represents the Axis—the disorderly in life—and that Avie’s own life has been like the neat slabs of limestone. If she passes this way again, Munro must be saying, Avie might want to go for a little of the ancient combustion instead.
Yes? Am I reading too much into it? Apologies to those without a subscription as this story is not available on line.
January 31, 2011: “Axis” by Alice Munro
Posted by Unknown at 6:49 PM

Email ThisBlogThis!Share to TwitterShare to FacebookShare to Pinterest
Labels: 2011

I didn't interpret the ending quite this way. I was struck by the very last bit of dialogue, where Avie asks Royce if he ever heard again from Grace, thinking he might. In response to Avie's remark that he might have looked her up later, he said "Not a good idea."

That echoed what I thought was a way over the top reaction to getting caught in bed with Grace. Yes it was traumatic. Yes, i could accept a sense of panic in his reaction. But to never have contact with her again . . . a bit extreme.

The, at the end of the story, after telling Avie that contacting Grace would not have been a good idea, he thinks to himself: She has disappointed him Prying. Trying to get at some spot of live regret under the ribs. A woman." (the last two words being a self contained paragraph)

It seems to me like Royce may be doing a lot more than suggesting Avie consider some combustion. He may be expressing some serious aversion to the sort of stable values we found in Avie and Grace's family. I was most struck by his vigorous and rapid retreat.

I felt that the Frontenac Axis represented wild, unaccountable risky behaviour bubbling up through the piled limestone of rigid, rural/small town Puritan morality.

I think Grace is the axis, the boundary between Royce and Avie.

I took something different out of the story. I think Royce impregnated Grace. That is why she never returned to school (“…troubles I have had with my health and my nerves.”). That line struck me as something a woman would say fifty years ago if she had an unwanted pregnancy. And then she references Grace’s odd dream. So Avie had the baby that was kept in the basement, and Grace had the children that she could take in public. But, Avie would still have thrown it all away for a man that she loved (like Grace loved Avie) rather that her husband Hugo, who she accepted before “…the great switch in women’s lives—“ So it is a feminist story, sort of…

Or maybe I’m way off. I liked it though. I love how her stories cover a lot of time and jump forward in time.

Mark, I agree with your reading.

I also founding it interesting that Avie could see that formation, go back to school, and complete change his career path and his; an option not available to the women back then. So the rupture, to me, symbolized how woman's lives have changed. Anyway, I have been watching reruns of "Mad Men" and this in on my mind!

Just read this recently and thought it was fantastic, so went looking for comments.

I agree that Royce is a bit of cad, but I think it's also important to recognize that Grace set up the whole deal where they were caught by her mother.

Consider: They didn't sleep together at school; the many steps Grace takes to arrange time for them to be alone together; and the characterization of Grace's mother, who actually parks the car far away so she can sneak up on them and catch them in the act.

Grace was looking for someone to get her away from her family.

I think the 'Axis' to those defining incidents in your life, where things change your path forever. The story sets out each of the paths in Avie, Grace, and Royce's life.

I just listened to a New Yorker podcast of the story that was interesting. Hopefully this link works:

They seem to touch on some of the same points in the comments section. It one day be able to write like that...

Thank you Mark Richardson! That podcast was very insightful. I was able to notice a lot of interesting ideas within the story because of it.