The New Yorker: "The Yellow" by Samantha Hunt 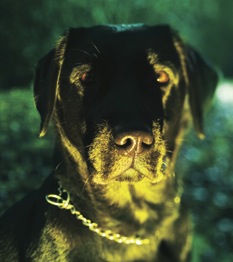 Good news. You can read this story online, and, more good news, it’s worth the read. It’s fresh both in its plot and its language. And while the particular conflict that’s explored in the story is resolved, the main character’s problems certainly aren’t—leaving the reader with plenty to ponder.
Roy’s a mess. He’s 42 and back living with his parents, although the author leaves it completely to the reader to imagine what’s gone wrong with his life. A wrecked marriage? A sour career? Drugs? (Compare Jim Shepard’s “Boys Town” which also features a disturbed son who is back at home, but in that story Shepard gives us a fair amount of the backstory.) While his parents are away, he moves the excess furniture out of his room and paints the walls bright yellow. (The color brings to mind “The Yellow Wallpaper” by Charlotte Perkins Gilman, the color on the walls may be as far as the parallel goes, except that both Roy and the protagonist from that story are a little nuts.) When his parents return Roy flees the house. Meanwhile, Suzanne has her own problems and is in danger of exploding under the pressure of her husband and kids who have mercifully left her alone.
But Roy runs over a dog in front of Suzanne’s house and brings the body to the door. She confirms that the victim is her children’s dog Curtains and as they both mourn the dog they . . . have sex on the floor. Um, sure, okay, why not? Except that Roy is awakened by the dog licking his shoulder! He’s not dead after all! (Hmm. Earlier Roy concludes “the dog was dead for certain,” “the neck was soft and floppy”; and he observes “there was blood on Roy’s jacket. Blood on her arm, in her hair. Curtains’s insides made pornographically public.” So if the dog’s not dead, and in fact seems to be fine, what’s all that about?)
And because they’ve had this bit of mournful sex, Suzanne decides the dog needs to be killed! Except Roy doesn’t want to, and just at that moment her family returns, sending both Roy and the dog into the back yard.
So what happened? Is Roy dreaming? He’s gone without sleep for a couple of days, apparently. The only thing he’s eaten is an onion and Cheddar sandwich. And the walls in his room are bright yellow. Has he passed out and dreamed all this? Or is he dreaming the resurrection of the dog, sleeping on the floor of Suzanne’s living room? Or did he only imagine all the details of the dog’s death, and now it’s actually alive?
Weird story. I like it.
November 29, 2010: “The Yellow” by Samantha Hunt
Posted by Unknown at 7:25 PM

Yes, I found the story enjoyable, but the images seemed to roam around lifeless - like a zombie dog. The pornographically exposed organs were interesting and tied in with sex (duh) but where does it lead?

A friend loved this and Hunt's earlier New Yorker story, Three Days, which also features the color yellow and a few dead animals. I thought that one was more cohesive. I'm a bit baffled by this one. But, again, I did find it fun to read.

I enjoyed this too although, to be honest, at this point I'm willing to take anything moderately good from The New Yorker since this has kind of been a dead year.

I enjoyed the language, was a bit worried when the plot turned in the direction of hitting a dog, but I'm a sucker for anything "supernatural".

Fantastic s.s. It haunts and taunts. The story is about possibilities. Both characters are left to deal with the loneliness if their situation, but it is Roy who seems to accept the magic as real, dissolves in to the possibilities of his wonderfully uncertain future. Recall how Roy ripened to the notion of possibility after painting the room: “He’d turned. He’d fermented into something wonderful and open, something porous and bright yellow

Juxtapose Roy’s eventual acceptance of the dog’s miraculous resurrection to Susanne’s who refused to accept the magic as real and would rather have the family pet “killed again” then risk losing the safety and security of the home in the neighborhood where “too much wealth kept neighbors from dropping by.” Is life merely about choice (like scanning for songs on a radio dial) or is life about the possibilities that exude from the improbable, the unexpected, the “extraordinary?” Susanne is the tragic figure here, condemned by her own choice “to pretend to forget,” she chooses to plug the vacuum back in so as not to have to listen to anyone except for her own internal, eternally taunting voice, “a combination of things she’d ingested as a teen-ager, certain films and punk-rock records that confirmed what she’d guessed: one dies alone.” But daily, the lapping dog will remind her of that bizarre evening, and ironically it will be she who will “find some way to explain it,” “turn it into a dream,” and “forget.”

I’m w/ Roy in the front seat of the car, a sort of Yogic cowboy roaming the possibilities of the impossible in the stark plains of an existential Wild West.

I loved this story because of the line "People pretend the world is ordinary every day ... because they have to." I think it's a brilliant look at our disenchanted life, where we are trying to make everything "ordinary" and refusing to see magic as anything other than ruinous.
All the characters are rigorously trying to remain in a shallow place (grave?). Only the dog, unencumbered by human fear, lets magic happen. The roaming, lifelessness is present in everything but the zombie dog -- although I get the feeling that Roy will have better vision from now on.