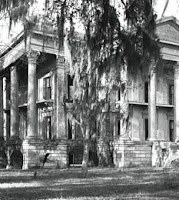 Now that’s a story. My favorite of the year so far, I think. As protagonists go, Julian Smith is not very likable (proof, in my book, that likability isn’t an important factor). He is a typewriter repairman (someone has to be, I suppose, even in the day of computers, because the writers aren’t yet completely without purpose) who is proud of his heritage, even though his only connection to that heritage was his arrogant, pretentious mother. Still, when he inherits the family mansion (it’s the Godhigh family, which couldn’t be any further removed from the Smiths, and Julian plans to change his name when he gets a chance) and a little money, he moves to Mississippi from Memphis. He discovers a rundown mess that he’s determined to restore to glory, and to that end he hires Obie Parker to help, because Julian can’t fix anything other than a typewriter.

Obie is a good deal more likable than Julian, but he’s got one problem. He’s covered with tattoos, “idols,” that he has to have removed in order to reunite with his religious wife. That’s why he’s working for Julian, and all his money goes to tattoo removal. But then Julian’s money runs out, Obie’s tattoos are gone, and so is he. Until catastrophe strikes the mansion, and Julian needs him.

Although Julian has changed in some ways, in others he hasn’t, and he ends up returning to Memphis worse off than he was before (he’s even lost his ancient car). Just as Obie had his idols, Julian had his—the house and his heritage, not to mention his precious typewriters. And while Obie intentionally removes his, Julian has his taken from him.

Best of the year. So far.

Edited (6/21/09): As noted in the comments, Julian in the story is, in fact, a character from Flannery O'Connor's "Everything That Rises Must Converge", and the stories should be read together.
Posted by Unknown at 6:06 PM

Gautreaux is one of my all-time favorite writers. Glad you pointed this one out to me. It's like telling me where the candy is hidden.

Yeah I usually get bored reading New Yorker fiction like I was with the fiction issue. But this story was singing. An amazing treat though is to read Flannery O'Connor's "Everything Rises Must Converge" alongside it.

I definitely was getting an O'Connor vibe from this story.

And by the way may I say what a real pleasure it is to read your blog. I have just graduated from school and one of the things I've always longed for is to know someone who is a dedicated reader and writer and I have found that to be true in your posts. Truly a treasure, sir.

I too found it very O'Connor-esque when I read it on Thursday, so I re-read "Idols" yesterday afternoon immediately after "A Good Man is Hard to Find" and found the juxtaposition of Julian and the Grandmother enlightening -- their pining for status by association with old Southern plantation wealth, as embodied in the mansions in each of the stories, and the downfall of each as a result.

the story is based on o'connor's 'everything that rises must converge' -- julian smith is the antagonist in that story and "idols" seems to be a type of sequel of that story; just another story written about the same man, 40 years later.

Thanks, Anonymous. I'd forgotten the names from the O'Connor story, but you're quite right. I've edited the post to include a link to "Everything That Rises Must Converge."

The "Everything Rises" connection makes sense. I hadn't read that one in a while, but now that I've revisited it, I agree that "Idols" seems to be a sequel.

Not only is Julian Smith from "Everything that Rises Must Converge," the handyman Obadiah is from "Parker's Back," another O'Connor story.

Really fascinating to see where he's taken these characters, and the respective "idols" they worship.

Thank you for the O'Connor tip. I will read that one, too...

I can't help feeling, though, that Julian has grown up to become his mother in a lot of ways -- or at least that he's become much more like his mother in the years since "Everything Rises."

FYI, for another story that plays with O'Connor characters from different stories (although in this case, it's characters inspired by characters from O'Connor, not the same ones), see Clyde Edgerton's "The Great Speckled Bird." It ran originally in the Southern Review, and I read it in New Stories from the South this past year.

Thanks for the info and the link!

You're welcome. Thanks for the great blog! I just recently discovered it, but I'll be back often.

I should have mentioned that the Edgerton story is the basis for his novel The Bible Salesman. (The two main characters are based on The Misfit in "A Good Man is Hard to Find" and the Bible salesman in "Good Country People".) I have to say that I don't think there was much gain in the expansion, although the novel has some very funny episodes that aren't found in the story.

I have discovered treasure! After reading Gautreaux’s story, I too was left with the lingering spirit of O’Connor thrashing about. I usually do not like the stories that the New Yorker publishes, but not this one. Sad to admit this is the first of his stories that I read and will now read the rest of his work. (The school year has ended and my life is now my own.) Like many of O’Connor’s characters, Julian is now left amidst the ashes with the possibility of transcendence, growth, change. From his “sooty apartment” to his now “waiting” for something he was unsure about, Julian may seek the possibility of grace: Julian is now alone and ready…
And, I have a new writer to teach in the fall…

Boy, this is going to be fun! Gautreaux's New Yorker story has parallels to still other O'Connor stories, folks--"The Life You Save May Be Your Own" and "A Circle in the Fire," to name just two. I'm starting to think that Gautreaux tried to pack as many Flannery O'Connor allusions as possible into a single tale.

If you want a humdinger of a TG story, take a look at "Welding with Children"--which shares at least one significant plot element with "Idols."

There's also an underlying theme about the battle between materialism and idealism/spiritualism/religiosity -- if that makes any sense. Obie mentions how he defined himself via the tattoos (since each one has a story and it's literally a painful/ascetic ritual to remove them and blah blah), but he figures that he needs to move on to a different stage in his life where he is no longer defined by those "idols" and, instead, adopts a new identity. Julian, on the other hand, allows himself to be defined by his lineage (specifically symbolized through the house), which he is almost certainly in denial about. In the end, he is not able to give up the idols that he once used to define himself, and his "new" life -- and ultimately the idol itself -- is burnt to cinders.

The way I see it, Gautreaux doesn't go so far as to condemn materialism, or at least using material things to find a deeper meaning or spiritual understanding. After all, the tatoos aren't ever demonized by anyone besides Obie's wife, who isn't exactly portrayed as a perfectly sympathetic character -- I, at least, found her to be overly puritanical and self-righteous. Still, the general milieu of the story seems to be that "things change" and "time marches on"; ultimately, the things that we use to define ourselves are temporary -- WE are temporary -- and it is only through the acceptance of this reality that we can put the past behind us and grow into fuller, more complete people.

Yeah, this isn't written with an O'Connor-esque style, this is actually a continuation of "Everything That Rises Must Converge." O'Connor is a brilliant writer! "Good Country People", and "A Good Man is Hard to Find" are masterful examples of short-story writing.

Can everyone discus the story so that others(including myself) who’s English is not their first language can appreciate the article more and understand it more clearly, rather than pointing that they story character is similar to another by a different writer – ok we get it – let’s move on!!!. Thanks