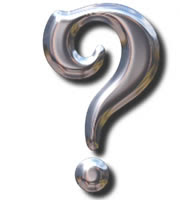 This is a new feature here at Perpetual Folly. Over the coming months, I'll pose a series of questions (I'm guessing 20, but we'll see how it goes) to a bunch of writers, and I'll post the answers here. Pretty simple. I think it will be interesting.

I started with an easy one: What are you reading now?


Jessica Lipnack:
Sea of Poppies, about 50 pages into it, and completely confused. Characters, language all a jumble. I assume the problem is me in which case it's/I'm a BIG problem. [Jessica Lipnack is the co-founder of NetAge, and the author, with Jeff Stamps, of several influential books on networking.]

Sandra Novack:
I've been very fortunate to get my hands on an Advanced Review Copy of Deirdre Shaw's forthcoming novel, Love or Something Like It (due in stores April, 2009). I've only just started reading, but I find the characters wonderfully engaging, the musings sharp and clear-sighted, and the writing wonderfully accomplished. [Note: Sandra Novack's debut novel, Precious, will be released from Random House on February 17, 2009.]

Mary Akers:
I'm reading Small Wonder right now. Essays, by Barbara Kingsolver. I'm loving it, and already marking the essays I want to return to and read again. I love the eclectic mix of science, writerly concerns, parenting, and global accountability in them. It's so refreshing to read a book that isn't afraid of the diversity within its pages. Lately I've begun to feel as if the publishing industry is obsessed with requiring linked collections of this and that...as if all being written by the same author were not "linking" enough. [Note: Mary Akers is the author of Women Up On Blocks, which will be released from Press 53 in February 2009, and is also the co-author of Radical Gratitude, which will be issued by Simon & Schuster in the UK and Canada in March 2009 as The Greatest Gift.]

Anonymous:
I very rarely read works that require more than one or two hours. 95% of my
reading comes from literary magazines. I keep track of the stories/essays I like
and re-read them after awhile, particularly on weekends, when my library is at
my disposal. This morning I re-read a story called "Circus of the Sun" by Nancy Matson, in a 1999 issue of Hayden's Ferry Review. I originally read it in 2002 and really liked it then, and I really liked it again this morning. As far as new material I most recently read, it was two archive issues of Tin House, from 2003. My reaction was not a good one. Very pretentious and overblown, with a concentration on writers and figures already very well-known. The only piece I enjoyed was one classified under New Voices. If you decide to publish this comment, grateful if you could leave my name off it. :) [Anonymous needs no introduction to the readers of this blog.]

Martin Heavisides:
What am I reading and what do I think of it? I'm reading in a fairly desultory way at the moment, book to book--tend to do that when I'm at work on a major project if I read at all, because what I'm writing reminds me of things I'd like to reread or leads me in this direction or the other. I'm reading strictly for pleasure--even Ben Jonson though an assignment is tied to that; I'm editing a selection of his poems for the 'classics' section of The Linnet's Wings Spring issue. I wouldn't undertake a thing like that for anything but love, and Jonson's one of the greatest lyric poets in the English or any other language.
I dip into Alasdair Gray's Book of Prefaces regularly. Not a book to be read through, but a great reference resource and entirely without the stodginess usually associated with such. Not only Gray but a number of contemporary writers contribute the background comments to the prefaces, the idea of the project being to introduce the reader to the tradition of English literature by compiling prefaces and introductory statements of intent from a host of writers in every era. A book you can open anywhere with an expectation of delight.
I'm about halfway through Baudolino, probably Umberto Eco's best book since The Name of the Rose (and I'd give it points over even that).
Turning over the odd page of R.A. Lafferty, Peter Barnes (used a passage from his play No End of Dreaming as an epigraph in the novel I'm working on now)--touchstone writers for me always.
Planning to dip into Blake this afternoon, specifically to hunt up a passage from The American Revolution that begins: 'The Terror answer'd, I am Orc, wreathed round the sacred tree.' Thinking of using that and a number of others (the opening paragraph or two of Bleak House, something from Gulliver's Travels, maybe a passage from Villon in the original French, etc.) in a collage sequence in my novel I plan to call 'Completely Plagiarized Chapter'. Or not. I'll be sticking with works in the public domain if I do. Mainly a way of pointing readers to the traditions the rest of the novel is working from. [Martin Heavisides is a multi-genre writer who lives in Toronto.]

Donald Capone:
I'm half way through re-reading Hemingway's 1926 novel, The Sun Also Rises. I pulled it off my shelf to lend to someone, read the beginning, and got sucked in. It amazes me how modern the writing still seems, not just by the lack of adverbs and the fine use of dialogue, but by the attitude of the characters, especially with regards to sex. [Donald Capone's comic novel Into the Sunset is available on Amazon.]


Anyone who wants to answer the question is welcome to leave a comment here OR send me your answer in an email along with any biographical information or links you'd like me to share.
Posted by Unknown at 12:26 PM

Email ThisBlogThis!Share to TwitterShare to FacebookShare to Pinterest
Labels: 20 Questions